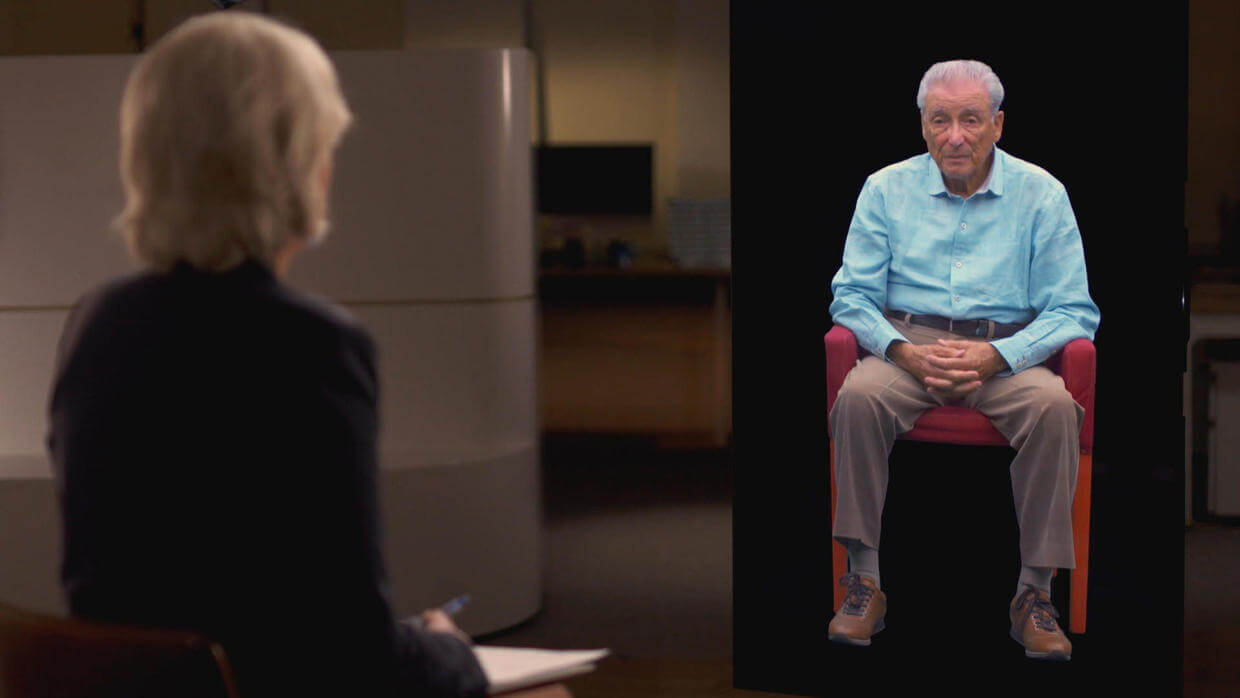 Heather Maio came up with the idea for this project.  She had worked on exhibits featuring Holocaust survivors for years and wanted future generations to have the same opportunity to interact with them as she’d had.

“I wanted to talk to a Holocaust survivor like I would today,” Maio said. “With that person sitting right in front of me and we were having a conversation.”

She knew that back in the 90s, after making the film “Schindler’s List,” Steven Spielberg created a foundation named for the Hebrew word for the Holocaust – Shoah – to film and collect testimonies from as many survivors as possible. They have interviewed nearly 55,000 of them so far and have stored them at the University of Southern California. But Maio dreamed of something more dynamic, being able to actively converse with survivors after they’re gone. And she figured, in the age of artificial intelligence tools like Siri and Alexa, the technology had to be creatable. 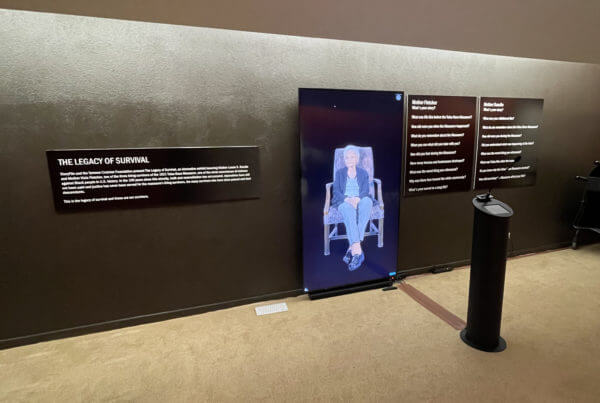 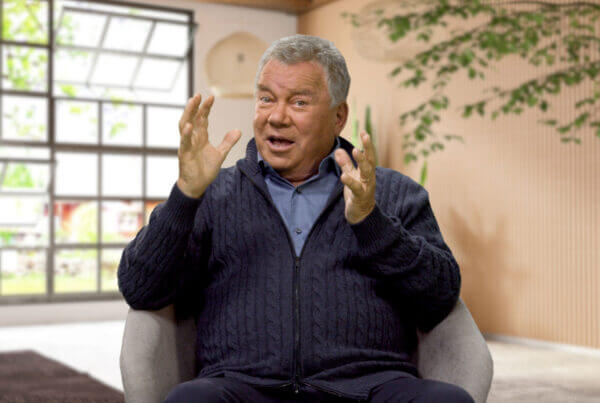 William Shatner’s life story to live on through AI